So my oldest kid is old enough to follow me on Instagram now, which is mostly WEIRD and also  kind of unexpectedly fun.

But the other day he looked up from Instagram with this glint in his eye and said, “There goes Mom again, talking about mindfulness and stuff while she’s over here yelling, ‘I’m CODE RED! CODE RED! Everybody get out of my space!'”

I knew he was trolling me (he IS his father’s son), but I still felt an initial ping of hypocrisy and probably even shame.

That said, those feelings stayed with me for no more than a couple seconds. It was almost like I was standing outside of myself, watching those feelings wash across me and then slip peacefully away, like a morning wave.

Old Erica would have been emotionally TRIGGERED by my son’s comment. Let’s just say, the wave would not have receded nearly that fast.

But THIS Erica actually landed on feeling proud of herself.

THIS Erica laughed with him, because – Heck yes! She talks about slowing down, living mindfully, and taking the pressure off… AND she gets super irritated with her family and tells them to all go away!

After those initial feelings washed through me, I trusted that my son sees me as multifaceted, multidimensional. Imperfect but still whole. Trying, falling, trying, falling. And ultimately, expanding.

But the reason I was able to move so quickly through those feelings of shame is that I’ve stopped beating myself up for my sensitivity.

It’s inconvenient, and I really do wish that I wasn’t so quick to get overstimulated, but I’ve stopped painting it in my head as a character flaw.

I’m not making it mean anymore that there’s something wrong with me.

Because of the work I’ve done to accept my sensitivity, I actually feel like I’m ever so slowly growing in my ability to hold space for my own dysregulation.

It’s slow going, but I’m seeing so much more progress than I ever did when I was beating myself up for it.

Do YOU Have These Wires Crossed?

A lot of us have two wires crossed in our brains: We think that if we criticize ourselves for something, we will improve at it.

But that’s just not true. Here’s why:

3 Reasons Beating Yourself Up Is Keeping You Stuck in Place

The truth is that if you’re beating yourself up for something, you’re most likely going to stew in feelings of discouragement, disappointment, guilt, humiliation, self-reproach, and shame. And because our feelings drive our actions, you aren’t going to generate aligned action from any of those feelings.

Think about it: When you’re looping on negative thoughts about yourself and sitting in a puddle of self-loathing, how likely are you to, for example, get up and exercise?

How likely are you to pull your kids in for a silly dog pile or have an open-hearted, defenses-down conversation with your spouse?

Are you more likely to snap at your people, hit the snooze button for a fourth time, or mentally check out with Netflix and social media?

Speaking unkindly to yourself will not inspire you to act like the highest version of yourself.

Would you tell someone you deeply love that they should be fundamentally different than they are?

If you deeply love an introvert, would you tell him or her that they should be the life of the party?

If you deeply love someone who’s extremely uncomfortable with conflict, would you throw them into the middle of a heated fight with your loud extended family?

If you love someone who’s naturally a night owl, would you tell them they’re flawed because they struggle with early mornings?

So why do we do that to ourselves?

So if you’re telling yourself this, you’re essentially flipping a switch to deploy your own defenses.

For years, I hated my sensitivity. I really thought it hindered my ability to be a good parent. (A present, go-with-the-flow parent!) But no matter how much I told myself to stop getting so overstimulated—no matter how much I WISHED I was different and tried to force my nervous system to cooperate—nothing changed.

Interestingly, when our boy made that joke about me being Code Red, I realized that I actually am growing in my ability to hold my own dysregulation. To look at it with empathy and allow the uncomfortable sensations to come up.

Like I said, it’s not happening overnight. And I may never fully shift it. But that’s okay. Just accepting has allowed me to grow.

Reason #3: There’s Nothing Wrong with You

What if the things you think are problems about you aren’t problems at all?

Everything has its flip side. What if by squashing what you see as a down side of your character, you’re also squashing the up side?

What if dampening your perceived weaknesses also dampens your strengths?

What if your “problems” are actually gifts?

Maybe it’s when we stop antagonizing ourselves and finally embody our own imperfection that we’ll really be able to grow.

More from Episode 43 of “Life On Purpose with Erica Layne”

Here’s what else you can hear in the latest episode of the podcast!

Listen to the full episode in your favorite podcast app, or in the audio player below, and be sure to hit follow! 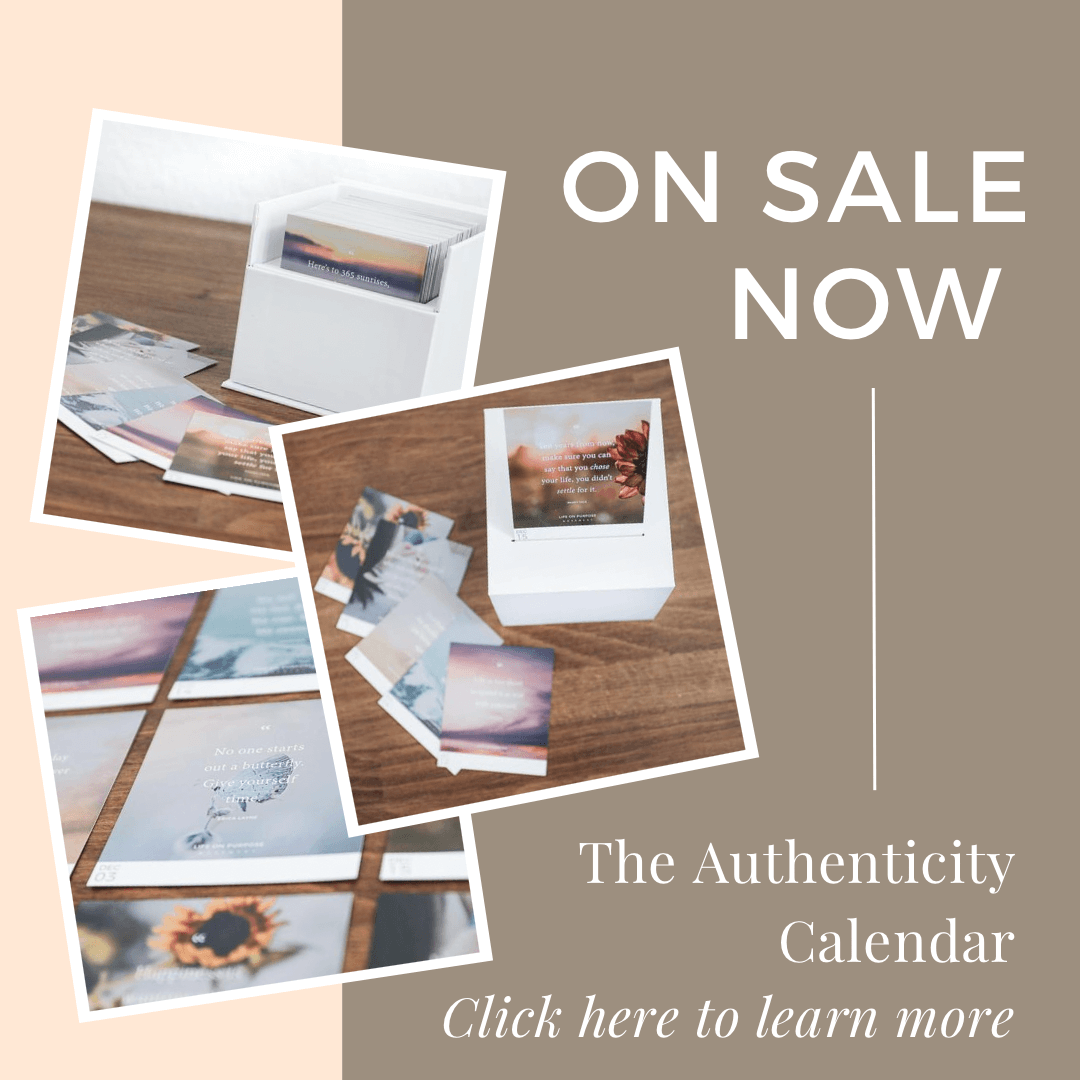