Did you catch the Wall Street Journal’s recent article, “Why French Parents Are Superior”? First the Chinese, and now the French! (Naturally, both articles essentially assert that American parents are inferior. Can you imagine a French newspaper running an article entitled “Why American Parents Are Superior”? Or British or Swedish or Guatemalan, for that matter? Where’s our pride? 🙂

While I do not think it is as black and white as one culture is superior and the other is inferior, since reading the article I have felt empowered to retake the reigns in our house. I have always tried to mean it when I say “no” or “last one.” But if I’m honest with myself, I probably don’t say no quite as often as I should. I BELIEVE that children need boundaries, but when your almost two-year-old scoots a chair into the kitchen, grabs an apple, and dashes to the couch to eat it while watching Curious George—all while you’re just trying to do your makeup in peace—isn’t it just easier to let him eat the darn apple on the couch? Despite the rule that you have stated one hundred times: Food stays at the table!

I also BELIEVE that children need to learn delayed gratification. It is a lifelong principle, and learning it now will make them more equipped to handle adolescence and young adulthood. But do I make them wait often enough? One of my struggles right now (coincidentally also about food) is getting the boys to wait while I make dinner. Too often I let them snack on pears or pretzels to occupy them while I make dinner. It seems that as soon as I start rattling pans in the kitchen, they are on my heels acting like they will die if not fed RIGHT THAT MOMENT! Aaaand once we’re sitting at the dinner table, they interrupt me every two seconds asking for more milk…a different piece of silverware…who knows what!

So, I do think I’m going to give a shot to the supposedly French concept of one snack a day. For us, it’ll be at 3:30. Hopefully that will also alleviate their “dire” hunger right at I start cooking dinner. And I’m going to make it clear that once I sit down at the table, I won’t get up until I’m ready.

I knew from the get-go that I did not want to be constantly reaching back to hand my kids things while driving. So from day one, the boys have heard me say, “Sorry, I can’t help you when I’m driving. I have to concentrate to keep us safe.” Because I have really never wavered in this rule, it has been amazingly effective! Sometimes I’ll even hear Trenton sympathetically tell his younger brother, “Sorry, Chase, but Mom can’t help you while she’s driving.” (So cute!)

Hopefully my steadfastness with that rule will spill over into our new dinner habits. 🙂 I’ll let you know how this “educating” of my children goes (as a French woman would say!). 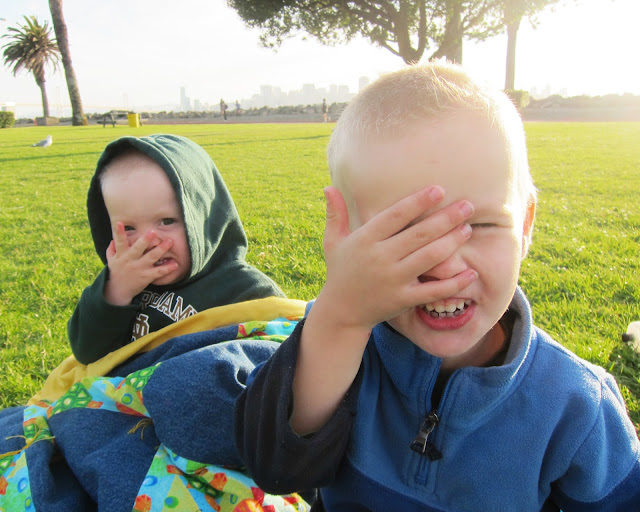 Hard to believe these cute faces (playing peek-a-boo) could really cause such madness at home, but believe me, they can!

What rules have you set in your family that really work for you? Any areas like mine where you know you should firm up? 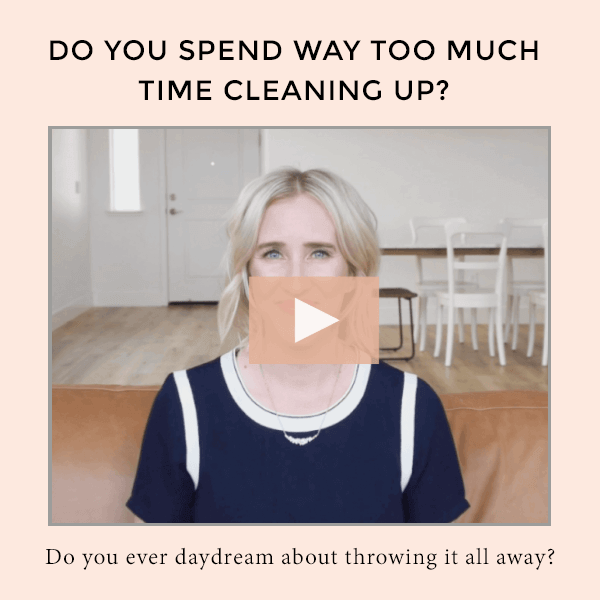 Join our supportive community of 44,916 and receive our free gift—The Mental UN-Load: 5 actionable steps to restore order to your overloaded mind.